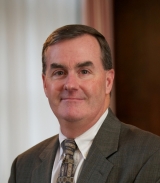 Mr. Lydon most recently was Vice President for Enrollment Management and Marketing at Stonehill College in Easton, Mass., where since 2011 he had overseen a division of 33 full-time employees in the offices of admission, student financial assistance, and marketing. The Class of 2018 that he and his staff recruited included the largest percentage of students from underrepresented racial and cultural backgrounds and the largest Pell-eligible percentage in school history. Among his other accomplishments at Stonehill was the launch of a redesigned institutional website and the introduction of a new visual identity mark. He chaired a newly reconstituted enrollment management committee focusing on initiatives to support improved retention and graduation rates. He also has had leadership roles in the college’s strategic planning process.

Lydon has nearly 32 years of professional experience in Catholic higher education admission and enrollment management. Before joining Stonehill, he was Associate Vice President for Enrollment Planning/Dean of Admission at Providence College in Rhode Island (1997-2011). Over a 13-year period, applications there increased by 116% and freshman multicultural enrollment grew by 160%. He spearheaded the study and implementation of a test-optional admission policy.

Lydon earned a B.A. in English from Providence College and an M.A. in Professional Communication from La Salle University.

“Catholic University is fortunate to recruit a professional of Chris Lydon’s caliber to our senior management team,” said President John Garvey. “In many ways he is exactly what we need to lead our enrollment operation at this juncture in the University’s history. He has a superb understanding of Catholic higher education. He has had proven success recruiting a more diverse student population, which dovetails with our University’s interest in recruiting minority students, especially from among the Hispanic population that constitutes an ever growing percentage of the Catholic faithful. Chris also brings with him valuable experience in managing an integrated enrollment and marketing operation at a time when we are transitioning to such a structure. And last but not least, he comes to us with a philosophy of collaboration across administrative and academic areas that will serve the University well.”

Lydon echoed Garvey’s sentiments. “My entire professional career has been spent in support of Catholic higher education, so I am especially excited to have the opportunity to join President Garvey's team and to support the mission of Catholic University. In recent years, I've been fortunate to work with many exceptional colleagues at Providence College and Stonehill College and I'll work hard to develop partnerships across the campus. I learned a great deal about the community at Catholic University during the interview process and I'm looking forward to representing the University to all of our constituents."